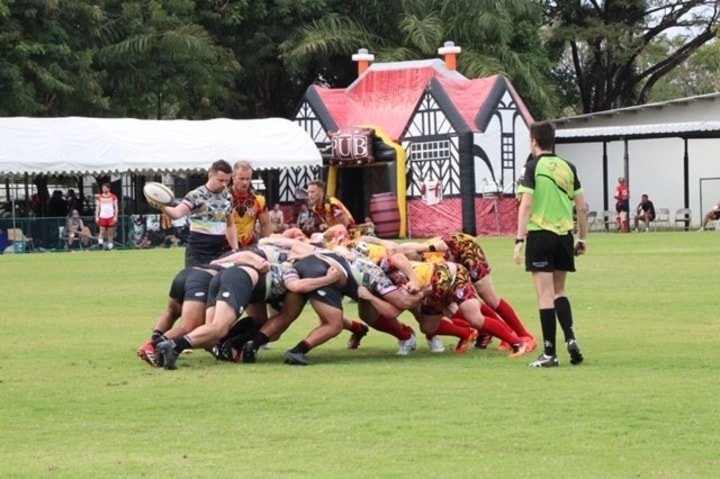 Wow!!! Such a nice chance of us for getting joined this competition “ Rugby football TEN’S ” at Bangkok patina school. As our clinic join this charity event, in those two days the court was fulfill with the crowded of rugby’s athlete who were steady to win this game. At the event we also met the young generation competitors, they were so cute when they try
to carry a ball throughout other team to make more score. Anywhere, for this event we joined to be a part of event and supporting athlete. Mainly problems that usually found was instability of joint especially ankle joint, around 90% of athlete had an instability of ankle because of Rugby is kind of crashing sport, the player must carry a ball and get through the other team’s player to put ball in the providing zone to get score. So, taping was very..very…very popular!!! . Athletes came to get taping to avoid more injury and support for more stability of movement. Moreover, we gave a treatment to relief the pain, tightness and other musculoskeletal condition with physical therapy in several method such as massage, stretching, electrotherapy, thermal therapy also taping. We hopefully the treatment that we gave to them helpful and bring out of their performance as well in this games.