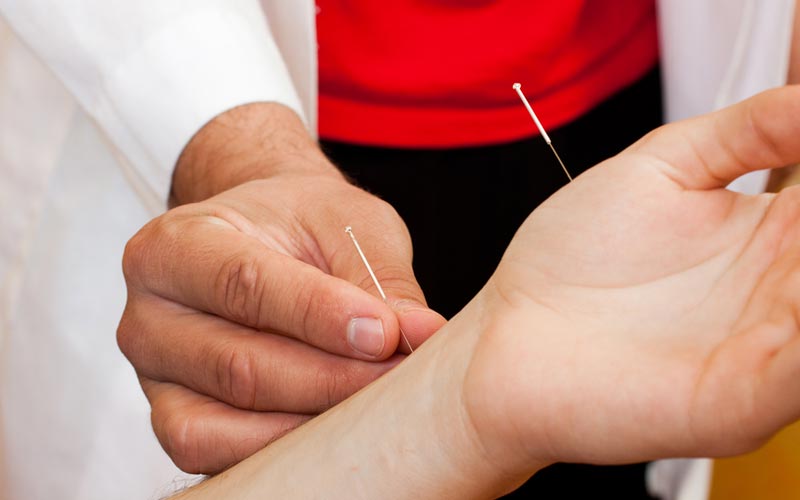 The carpal tunnel is too small and/or inflammation occurs in the tendons that run through it, the median nerve becomes compressed, causing symptoms such as pain, numbness, and tingling in the wrist, hand, and fingers. 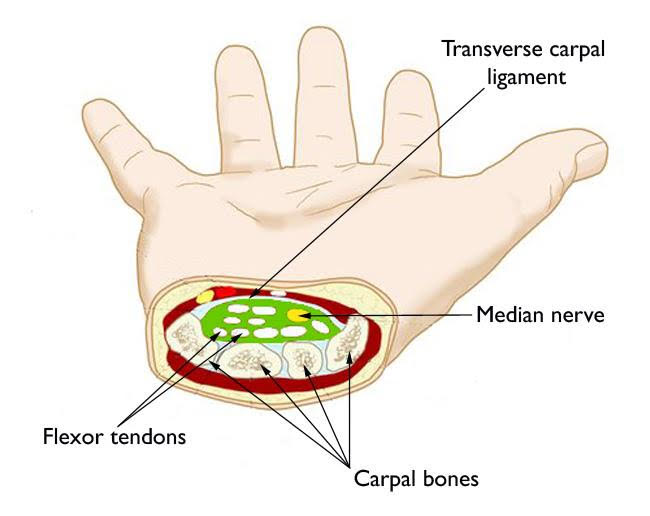 The carpal tunnel is a narrow passageway in the wrist, about an inch wide. The floor and sides of the tunnel are formed by small wrist bones called carpal bones.

The roof of the tunnel is a strong band of connective tissue called the transverse carpal ligament. Because these boundaries are very rigid, the carpal tunnel has little capacity to “stretch” or increase in size.

The median nerve is one of the main nerves in the hand. It originates as a group of nerve roots in the neck. These roots come together to form a single nerve in the arm. The median nerve goes down the arm and forearm, passes through the carpal tunnel at the wrist, and goes into the hand. The nerve provides feeling in the thumb and index, middle, and ring fingers.

The nerve also controls the muscles around the base of the thumb.

The nine tendons that bend the fingers and thumb also travel through the carpal tunnel. These tendons are called flexor tendons.

Carpal tunnel syndrome causes a tingling feeling or pins and needles, numbness, and sometimes pain in the hand. The symptoms can sometimes be felt in the forearm or further up your arm. It tends to come on gradually over a period of weeks.

You’ll usually feel it worst in the thumb, index and middle fingers, but sometimes it might feel like your whole hand is affected. You may also have an ache running up your arm to the shoulder or neck. It can affect just one or both hands.

The symptoms tend to be worse at night and can disturb your sleep, but you may also notice it when you wake up in the morning. Hanging your hand out of bed or shaking it around will often help reduce the pain and tingling.

You may not notice the problem at all during the day, though certain activities such as writing, typing, DIY or housework, can bring on your symptoms. However, if the nerve is badly squeezed, you might have symptoms throughout the day.

Your hand might feel weak, or the fingers numb, or both. You may drop things and find that activities needing fine finger movements, such as writing or fastening buttons, become more difficult. 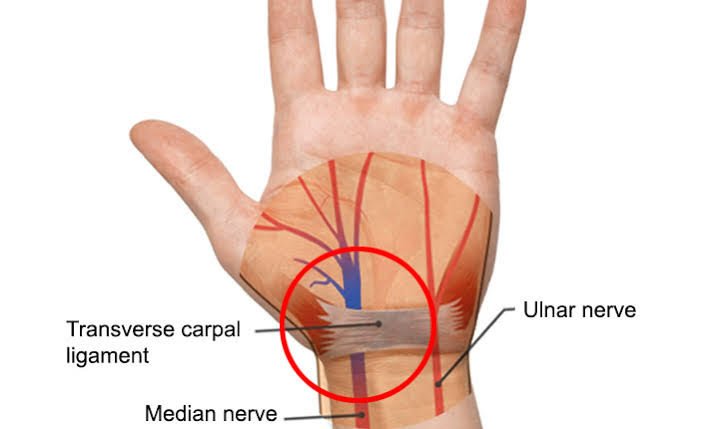 The median nerve is pinched and begins to function abnormally,according towww.verywellhealth.com,the most significant risk factors include:

The doctor will tap or press on the median

nerve in your wrist with a reflex hammer. If your fingers tingle or if you feel an electric-shock-like sensation, the test is positive. You may have carpal tunnel syndrome.

This is also known as the wrist-flexion test. The doctor will tell you to press the backs of your hands and fingers together with your wrists flexed and your fingers pointed down. You’ll stay that way for 1-2 minutes. If your fingers tingle or get numb, you have carpal tunnel syndrome.

This means you can tell if two objects touching your skin are two distinct points instead of just one. Your doctor may use a gadget called a 2-point disk-criminator, a small, flat, eight-sided tool with needle-like prongs sticking out from all sides.

He might do the test several times on each finger. He’ll start with two points touching your skin a few centimeters apart and move them closer together until you feel just one point of pressure.

The distance at which you can feel only one point will help him figure out nerve function and compression — two important components of carpal tunnel syndrome.

This test provides some of the strongest evidence of carpal tunnel syndrome. It measures how fast an electric signal can travel along a nerve or from the nerve to a muscle.

The needles might hurt a little, but it should stop once the doctor takes them out. You may feel twitches or spasms from the electrical current. You could have some bruising where the electrode went in, but that should go away within a few days.

Hand pain, numbness and tingling is a common symptom of both carpal tunnel syndrome and cervical spine issues. It can be hard to tell the difference between the two problems. The table below demonstrates the differential diagnosis: 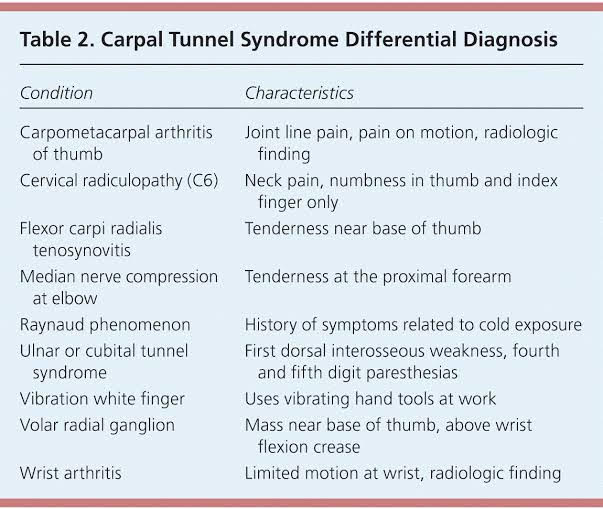 From a Chinese medical point of view, carpal tunnel is caused by increased heat and damp in the wrist region, which commonly know as inflammation and swelling. This can irritate and compress the median nerve that runs through the carpal tunnel in wrist, which causes pain.

According to www.taoofmedicine.com, acupuncturist checks the range of motion and the intensity of pain and any swelling and ask if there is any abnormal sensation and so on. And acupuncturist evaluates the severity of patient’s condition and decide what acupuncture points to be placed on; usually around or/and on the affected region and the points of the related meridian, and also the electronic-stimulation made to the needles as needed. The sensation from needles is – although varying by individuals – heavy, dull pressure, numbing, which is called “deqi”, “having qi.”

There are some important acupuncture point that may present in carpal tunnel syndrome. 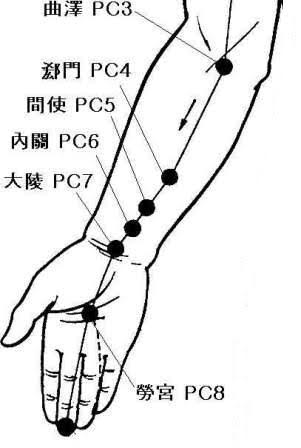 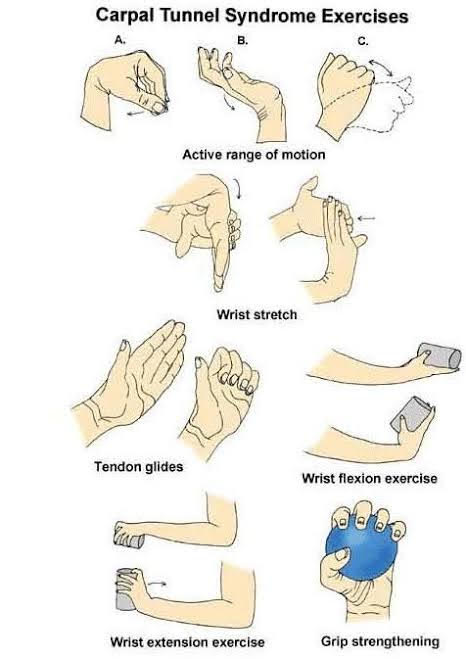